In the demonstration we have 2 machines, 1 in the UK the other in Denmark being viewed over TeamViewer.

The UK machine is acting as the merchant and has a EMV compliant card reader attached to it and is executing a basic PoS terminal device.

The machine in Denmark has the imported card wallet open and the card has been loaded with funds simply by sending EMU to the card wallet address.

Card creation is a simple process and users can either obtain them from an trusted issuer, or if they have access to (or purchase) a cheap EMV compatible card reader and the correct card type, they can install the cardlet application and create their own. Readers can be obtained for between $20-40 depending on any addition features desired and the blank cards themselves costing a few $.

Once created, card wallets can then be imported into the users client/s, and can be loaded/unloaded with funds as they see fit.

These 2 demonstrations are performed to prevent any confusion that card wallets need to be open somewhere when spending, they do not. Subsequently if the user should open the card’s wallet in their client at a later date, the transactions they made with the physical card will be displayed as that client synchronizes.

As you can see in the demonstrations, payments from the card show almost immediately in the user’s card wallet (when open), and have cleared and confirmed in the merchant’s wallet within around 10 seconds. The system is still in heavy development and unoptimized at present so transaction times are a little longer than optimal.

In the first release candidate post-optimizations and tuning, these durations will be 5 seconds or less, and of course payments will be tightly integrated with the software on the PoS terminal via the update plugin, and will not need the actual eMunie client.

I hope you enjoyed this short initial demonstration of our native PoS technology. Watch this space for more demonstrations as development progresses, and I welcome any questions or comments.

NewsBTC recent got a chance to speak with the founder and creator of eMunie, Dan Hughes

The only platform that doesn't need banks, or 3rd parties....this is the future! #crypto #bitcoin #cryptocurrency https://t.co/KY5mzf5Kia 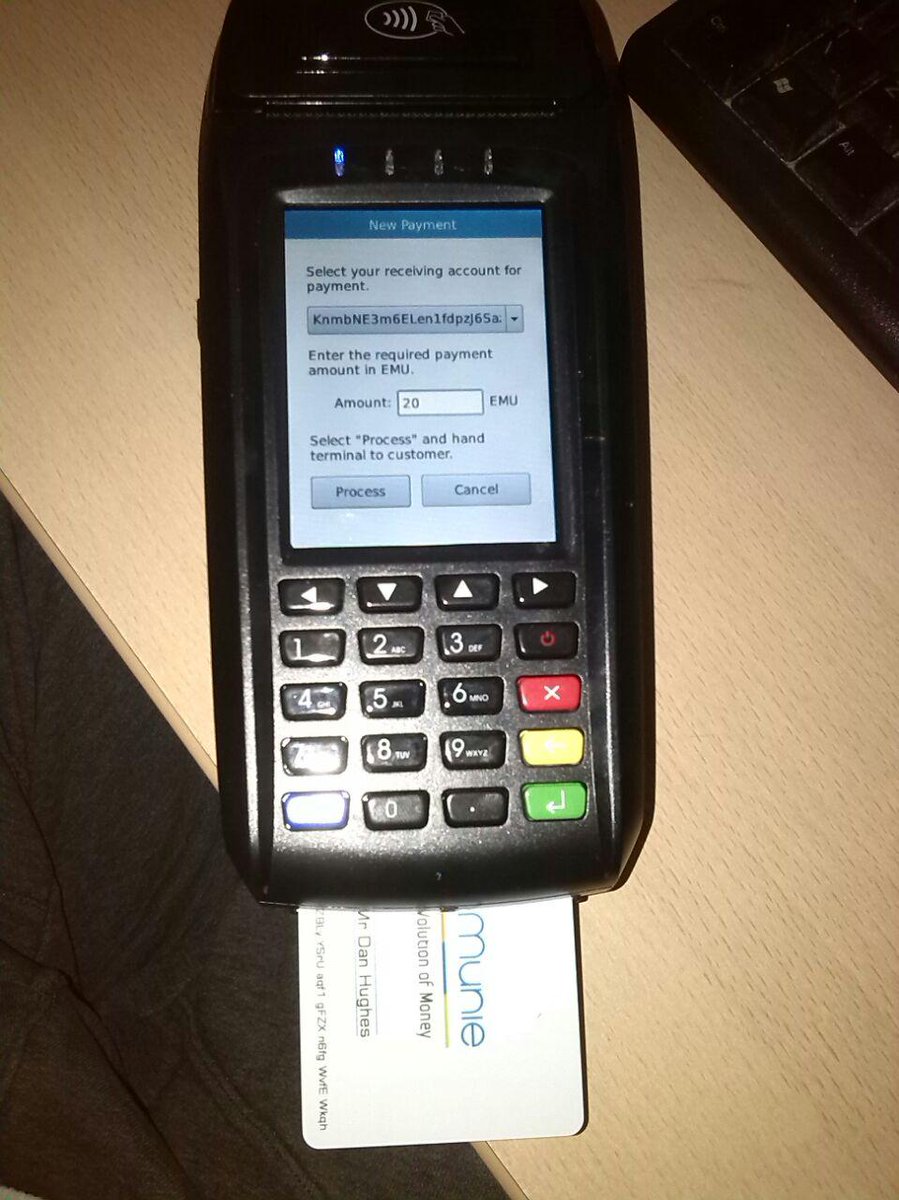 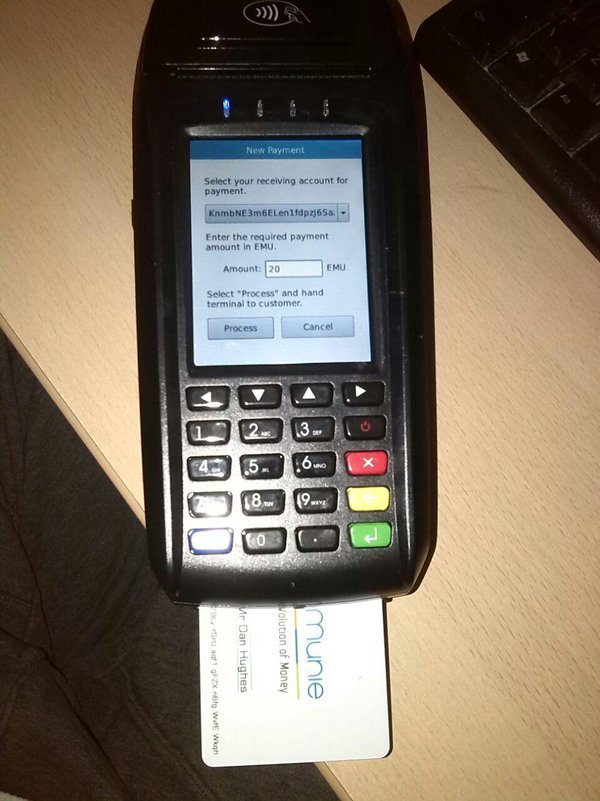