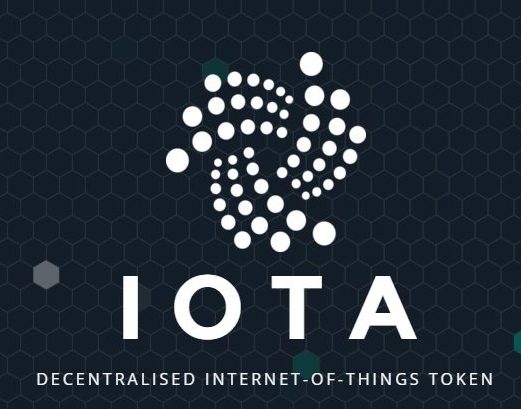 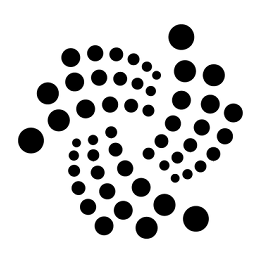 IOTA is a distributed ledger based on the Tangle. It allows for feeless value transfers and data integrity proofs. - IOTA

One of the most requested feature by the community was the ability to connect to a remote IRI instance, making it possible to use the GUI…

This file has been truncated. show original

As we find ourselves at the twilight between 2016 and 2017 it is time for a brief summary of the year behind us, as well as a teaser of… 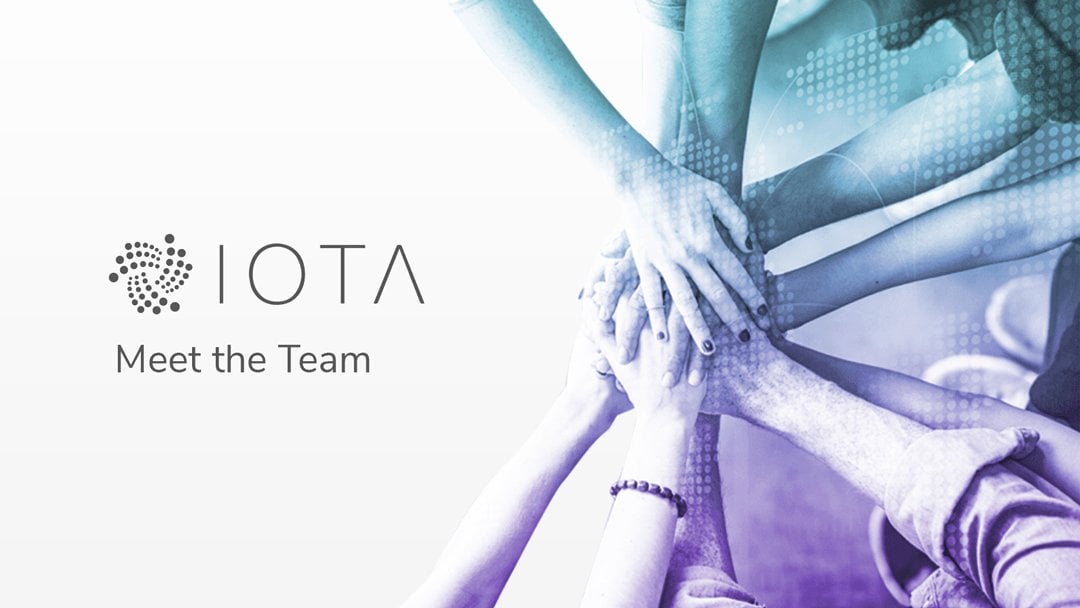 We have registered that a lot of JINN token holders are confused about what Jinn really is and/or what JINN tokens represent. This has lead to a lot of speculation into why the development is so ‘slow’ as well as good old speculators pumping for profit and trolls playing on fear, so here is a large dose of reality:

Jinn is a semiconductor start-up developing perhaps the most unorthodox general purpose processor for commercial use ever. Ternary has not seen physical implementation since Soviet 1970 and asynchronous processors have only been developed a handful of times, primarily in research laboratories decade(s) ago. The combination of both ternary and asynchronous has never even been attempted before Jinn. It’s important to understand that Jinn is primarily hardware, not software. In software projects you can put together a prototype/proof of concept/minimum-viable-product in days, weeks or months on a small or even non-existent budget. In the hardware microprocessor research and development realm this is not so. We are not just dealing with code (though we do that too for compiler, emulator and the necessary custom tools), but actual electrical engineering. This means that even if our processor was a run of the mill type without any exotic tech, it would still be a lengthy and very expensive process. To put all of this into perspective consider 21.co which developed a processor/ASIC in regular synchronous binary architecture on a ~120 million dollar budget. Even with this funding it still took them a long while, even while teamed up with one of the leading semiconductors in the world (Qualcomm).

If you ask pretty much any person with knowledge about this industry and technology, they will give Jinn a very low estimate of success, hence why we labelled this a HIGH RISK project from day 1. Also listed in our project outline was the potential problem of volatility and illiquidity of nxt tokens pooled together for this project. As Murphy would have it, this happened and we lost over 50% of our already microscopic resources (in the context of the semiconductor industry). On top of this we lost a few months of time due to early employees having to be let go due to not meeting obligations, such is start-up life. Add to this that the semiconductor venture capital environment is one of the least friendly, precisely due to the immense overhead hardware projects have. It’s much easier to pour funds into software which costs little to develop and has potential for massive return on investment. In short: this is still very much long term and high risk.

The last issue we need to address is this idea that seems to have just emerged out of nowhere over the last weeks. It seems someone started claiming that JINN tokens represent equity in the company we’re building. It does not. Jinn + Jiniri is the processor + emulator project in our company, we never issued equity in said company, we couldn’t even if we wanted to for legal reasons. JINN tokens, like we specified from day 1, will receive tokens directly from the sales of Jinn processor and Jiniri Unlimited subscriptions.

With all that being said and hopefully sufficiently clarified, we are still moving full steam ahead with Jinn, but it will still be a long time before it yields any ‘dividends’ via JINN tokens, if ever. If this iteration fails for whatever reason, we will have to begin from scratch and do a complete new fundraiser. This is just brutal reality that everyone needs to be aware of. Like we have said all along: JINN tokens are high risk and do not represent equity in Jinn. The hardware industry is A LOT more time-consuming and less forgiving than the software industry. Sadly, but predictably, there are a lot of people who benefit handsomely by hyping JINN tokens every time we make any kind of announcement, which is why we have done everything in our power to keep all info under the veil and limit the updates to only the concrete info we have.

While this might be sobering news for some of you, there is good news too!
We are extremely grateful for any and every person that has and continues to support the Jinn project in any fashion. It is very important for us that everyone that was part of the initial fundraiser is making their choices based on facts and not hype. So due to this unfounded hype and confusion that has arisen from speculators, we are going to offer an alternative to those that do not like timeframes measured in years or the exceedingly high-risk involved with hardware. Enter Iota.

We decided to start developing Iota because it is needed for Jinn’s visions to become a reality. We analyzed the options available anno 2015, (Nxt, Bitcoin, Ethereum etc.) and while we strongly believe that each of these projects have killer applications for their own domain, they are not fit for mass-scale Internet-of-Things micro-transactions, which is a requirement for the market for the Jinn powered devices.

So what does this mean for JINN holders? Due to the nature of how virtually everyone came into possession of JINN tokens, most are used to tokens/coins and the markets/ecosystem that revolves around them. This is an offer from us to JINN holders to get a safe ‘exit’ into the familiar territory where results are a lot more immediate and reliable. We will hold our crowdsale of IOTA tokens in the not too distant future where we will accept Bitcoin and JINN tokens.

THIS ONLY APPLIES FOR HOLDERS PRE-BLOCK 549824

One caveat: those who elect to trade-in their JINN tokens for Iota has to trade in the entirety of their Jinn holdings tied to that account. The reason behind this is that we wish to minimize the amount of holders for logistics reasons.

It’s important to note that even if Jinn were to fail, Iota will not as a consequence. Iota is a completely separate and independent technology that will thrive on its own merits, regardless of what happens to Jinn.

More info about Iota can be found at: www.iotatoken.com and https://bitcointalk.org/index.php?topic=1216479

Now everyone has to make their own well-informed decision based on their own opinions and facts, not hype.

more details will come in the coming days…

While it was developed as a solution to scalability issues faced in IoT, the underlying protocol is agnostic and can be applied in any other use-cases that utilize micro-transactions.

Iota does not seek to replace the blockchain entirely, it also acts as a supplementation to the current blockchain ecosystem by acting as a oracle for smart contract platforms like Ethereum and Rootstock.

Sí, a eso me refería 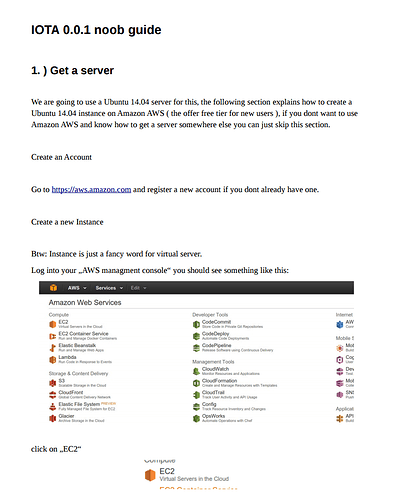 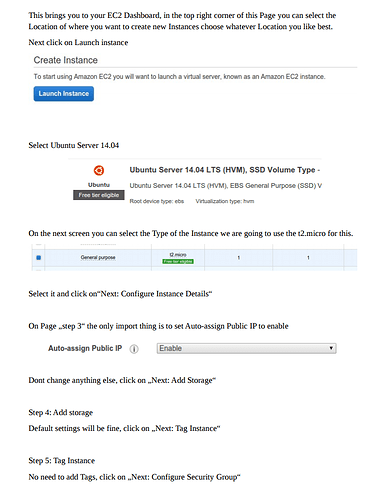 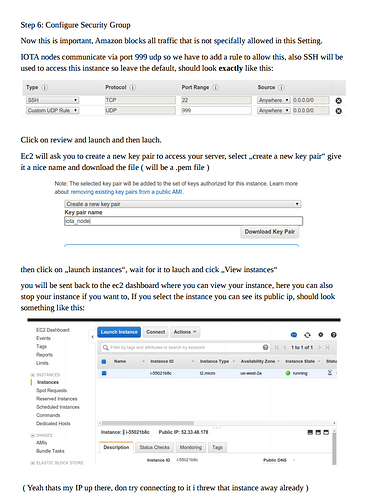 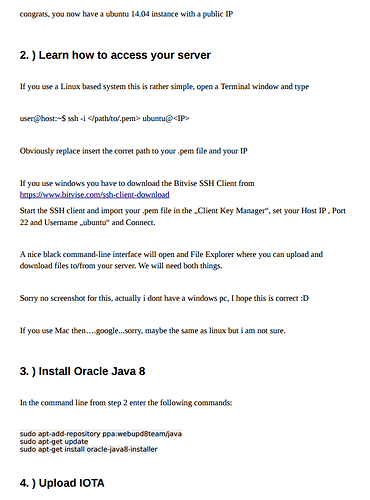 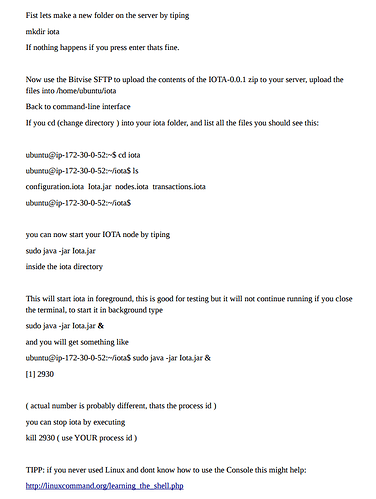 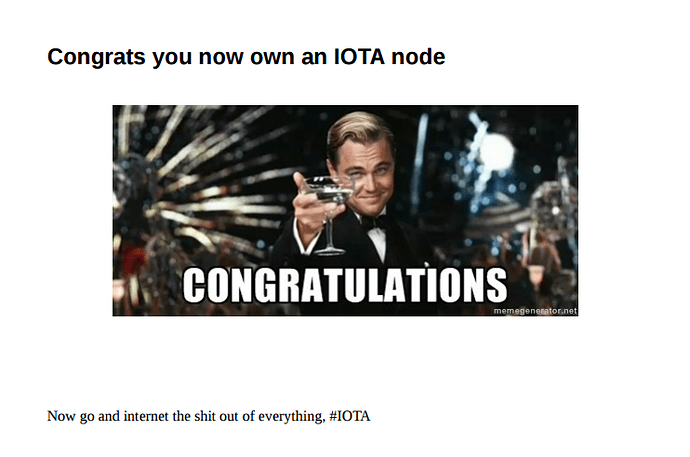